Every day, more than 2,500 children in our community are living in the protective care of Cuyahoga County, because it isn’t safe for them at home.  These children have experienced abuse, neglect, trauma, and loss, and their lives have been turned upside down.

Court Appointed Special Advocates (CASAs) serve as the voice of these children. CASA volunteers come from all walks of life and are committed to becoming a powerful voice for at-risk children, advocating for them in court, and helping to ensure their safety.  CASA volunteers not only bring positive change to the lives of these vulnerable children, but also to future generations to come.

Learn more about how you can Change A Child’s Story.  CASA of Cuyahoga County is dedicated to ensuring that these vulnerable local children do not go unnoticed. 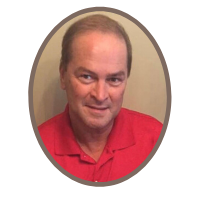 In Memory of Kevin O’Boyle

CASA of Cuyahoga County was shocked and saddened to learn of the passing of 20+ year CASA volunteer and board member Kevin O’Boyle in June 2020.  A Cleveland native and St. Ignatius High School graduate, Kevin had a successful 30+ year career with UPS.  Wanting to improve the lives of foster youth, Kevin later became a Court Appointed Special Advocate (CASA) volunteer while living in Chicago, and was instrumental in bringing the CASA Program to Cuyahoga County in 2015.  He also served on the board of CFACC from 2016 to 2020 and was Chairperson of the OH state CASA board from 2019 until his unfortunate passing.

Kevin was a tireless advocate for children who had been neglected and abused and was personally appointed as a CASA volunteer for more than a dozen children, looking into their welfare and participating in Juvenile Court appearances on their behalf. Kevin was also an outstanding ambassador for CASA, speaking to friends, civic, fraternal, and business organizations, donors, and media outlets about his experiences being a CASA volunteer. The passion and dedication of Kevin O’Boyle are missed every day.